Iron Pills And Pregnancy – Getting The Right Supplements

Expecting parents may sometimes feel a little overwhelmed by the advice they get on nutrition, vitamins and supplements.

But every mum-and-dad-to-be will want to know what’s best for their baby and stay up to date on the latest research and advice.

The benefits of folic acid and Vitamin D are well known. But there is also a growing body of research which says iron supplements can have very positive effects for mother and baby.

Research carried out by Harvard Medical School and Imperial College London found that taking iron supplements increases the mother’s haemoglobin levels while halving the risk of her becoming anaemic during pregnancy.

The outcome for baby was just as positive. Giving supplements to mums resulted in babies being (on average) 41.2g heavier at birth and reduced the risk of low birthweight by 19%.

The research also pointed to a dose-response relationship – higher doses were associated with lower risk of maternal anaemia and lower risk of low birthweight.

However, the studies into iron and pregnancy – funded by The Bill And Melinda Gates Foundation – pointed to an issue which many pregnant women will be familiar with, iron tablets which cause unpleasant side-effects.

In the UK, the NHS says iron tablets are commonly only recommended when pregnancy blood tests show the mother is already anaemic. GPs and midwives have been reluctant to recommend iron to all pregnant women as traditional iron pills are associated with significant side-effects such as persistent nausea and constipation. Three out of four women who take iron supplements can experience these side-effects. One-in-three who start on iron pills will simply stop because they just can’t face the stomach upset and other unpleasant reactions. 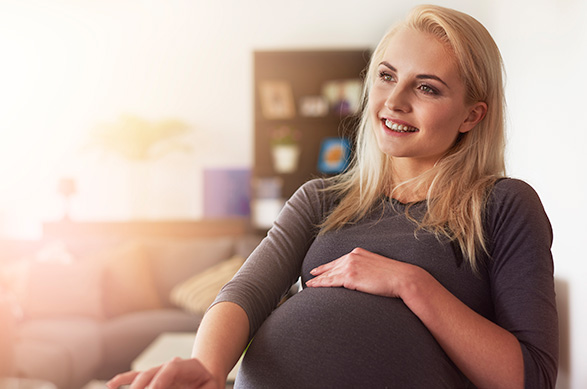 Low-absorption rates with traditional iron pills has also been a problem, especially when the research shows a dose-response relationship during pregnancy. This is where the next-gen iron supplement Active-Iron can prove itself to be a real game-changer during pregnancy.

Active Iron capsules are also gentle enough on your digestive system that they can be taken on an empty stomach.

High-dose delivery with fewer side-effects – two benefits that all pregnant women will want to know about.

Orla Dorgan is a Practice Nurse and Lactation Consultant working with mothers and mothers-to-be in Ireland. And she has seen the benefits of Active Iron during her own pregnancy. “Iron is very important for pregnant women, for the health of mums and the development of the baby in the womb,” says Orla.

“It can be vital in the run-up to labour, as we know that if you have low iron levels, you can run a higher risk of haemorrhaging”. A mother of three young children herself, Orla says there is an understandable reluctance amongst pregnant women to take iron supplements. “They will know, from talking to their friends or their GPs, that iron tablets can give you unpleasant side-effects such as constipation and stomach upset. “But they also know that iron is important, so they might just put up with the side-effects or take a lower dose.”

During her recent pregnancy, Orla took Active Iron and found it to be a “revelation” after traditional iron tablets. “What I really noticed is what it didn’t do to me,” says Orla.

“I didn’t have that really heavy feeling, the sluggishness, the upset stomach I had experienced before. Active Iron wasn’t on the market when I had my first two boys, and I now wish that it was. It was recommended to me by a friend and I’m very glad she told me about it!”

Orla has continued to take Active Iron in the months after her welcoming her latest arrival.

“I find that it’s great for dealing with fatigue, for getting you past those times that all mums have, when you just don’t have the time to be that tired.”

“And when you are breastfeeding, if the mother has a good diet, feels well in herself and has the energy levels she needs, it’s got to be better for her and for baby”.

Orla points out that it can take up to a year for a woman’s body to fully recover from giving birth. Looking after your iron levels while avoiding the side-effects of traditional iron tablets can only help with that process.