The History of the Period Movement

by Claire O'Brien | Uncategorized @us 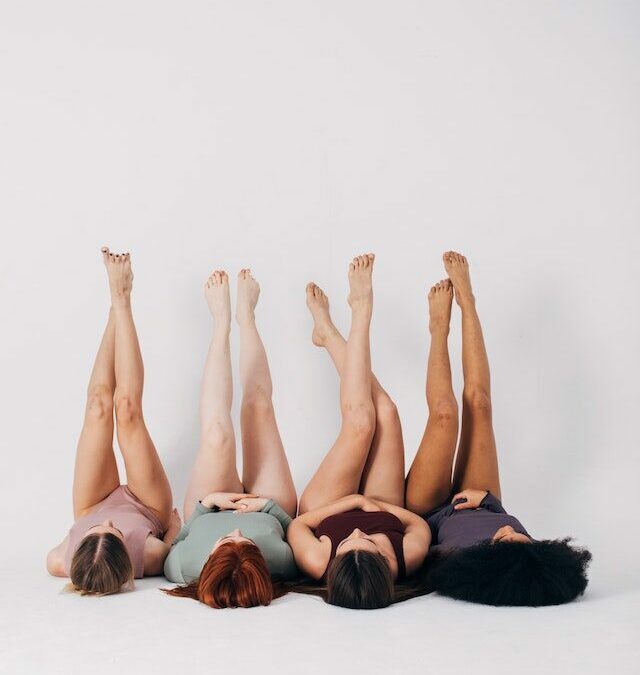 Humans are unique in their ability to menstruate, a trait only shared by other higher primates and a few species of bats. On average, women will have 450 periods throughout their lifetime, usually beginning in their teenage years and lasting until late middle age. Such an everyday occurrence should be no more remarkable discussing breakfast, yet social taboos and misconceptions have swirled around periods for thousands of years of human civilisation, leading to women being vilified and shamed for the act of menstruation. 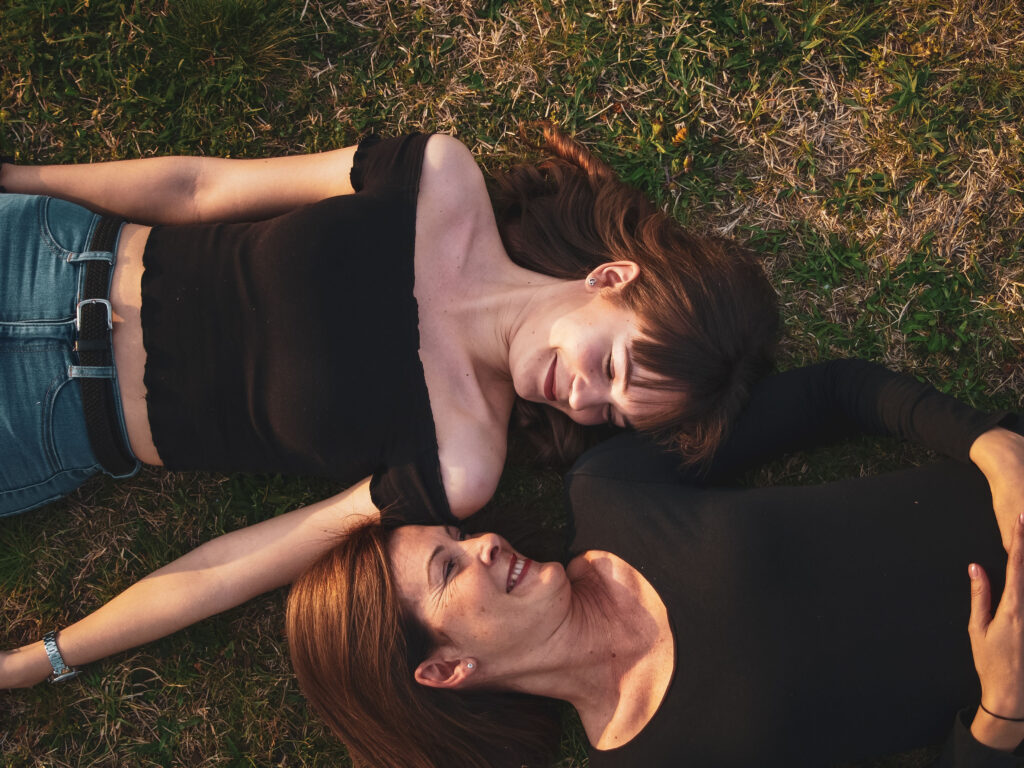 In modern times, we have seen a positive shift away from period taboos, and ever-rising public support for access to menstrual products, education, and inclusivity. The Period Movement is now!

Periods in the ancient world

Pliny the Elder wrote some 2,000 years ago that the touch of a menstruating woman at sunrise could whither crops, and that hailstorms, whirlwinds, and lightning could be “scared away” by a woman “uncovering her body while her monthly courses are upon her”1a. Charming, Pliny, but a bit lacking in scientific evidence! These sort of mystical, and sometimes foreboding, superstitions swirl around the ancient world, some more flattering to women than others.

For a long time, periods were mysterious. Ancient people did not connect menstruation to ovulation, instead believing that monthly bleeding was a way for the woman’s body to cleanse itself. Because of this, a stigma of uncleanliness was associated with menstruation, with many cultures requiring women to self-isolate during their period, and being refused entry to religious institutions. 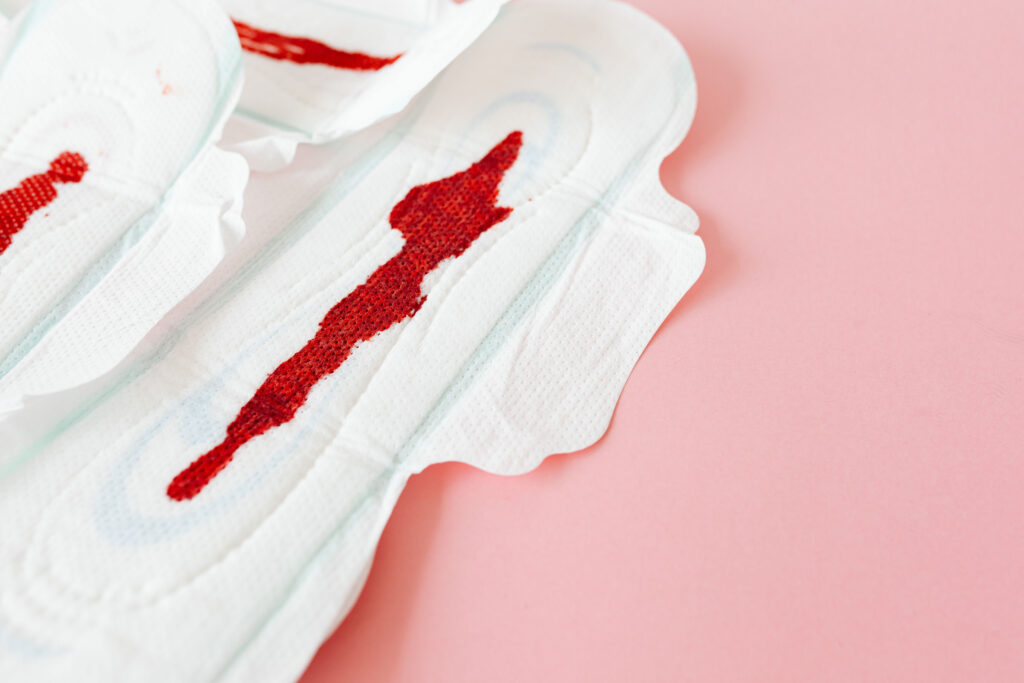 In the Middle Ages in Scotland, women who had just given birth were required to go through a ceremony of “churching,” (or kirking), until which time she was considered “unclean and a danger to her neighbours”.1 It wouldn’t be until 1831 that French physician Charles Négrier would link periods to ovulation.

The start of the Period Movement

In recent times, public opinion towards period has begun a begrudging shift. Until 1972, the National Association of Broadcasters banned advertising of menstrual pads and tampons on TV and radio completely. Once that was lifted, there was still huge hesitation around overt marketing. The 1985 Tampax commercial featuring Courtney Cox was the first time the word “period” was ever even uttered on television. (Shock, horror!)

It would be another 35 years until, in 2020, U by Kotex broke with convention by using red liquid in their advertising, rather than blue, the clinical “stand-in” for blood which has so long been the trope of menstrual adverts. In India, advertisers went so far as to show this blue fluid being administered from test tubes—a far cry from real menstruation. Indian pad manufacturer Rio was the first to step away from that custom, with their own ground-breaking 2020 commercial brazenly featuring the colour red. Director for the ad, Afshan Shaikh, said, “A woman’s uterus isn’t a test tube, we aren’t bleeding blue. It is so important to normalise blood.”2

A small digression, but in 1983, NASA prepared to send the first American woman into space, Sally Ride. For her week-long trip aboard the Challenger, they asked how many tampons she would need…and then asked if 100 would be enough. What do men think is going on down there?

The fight for the right to a healthy, normalised period continued. In 1997, Representative Carolyn Maloney of New York introduced a Tampon Safety and Research Act, which requires tampon manufacturers to release information about “the levels of certain chemicals used in tampons,” as concerns grew about what women were putting in their bodies on a monthly basis. The Act did not pass. Nor has it passed in the subsequent years when Maloney has re-introduced the bill, including in 1999, 2003, 2005, 2008, 2011, 2014, 2015, 2017, and 2019. A most recent version of the bill has been introduced again in 2022. What will be the verdict?3 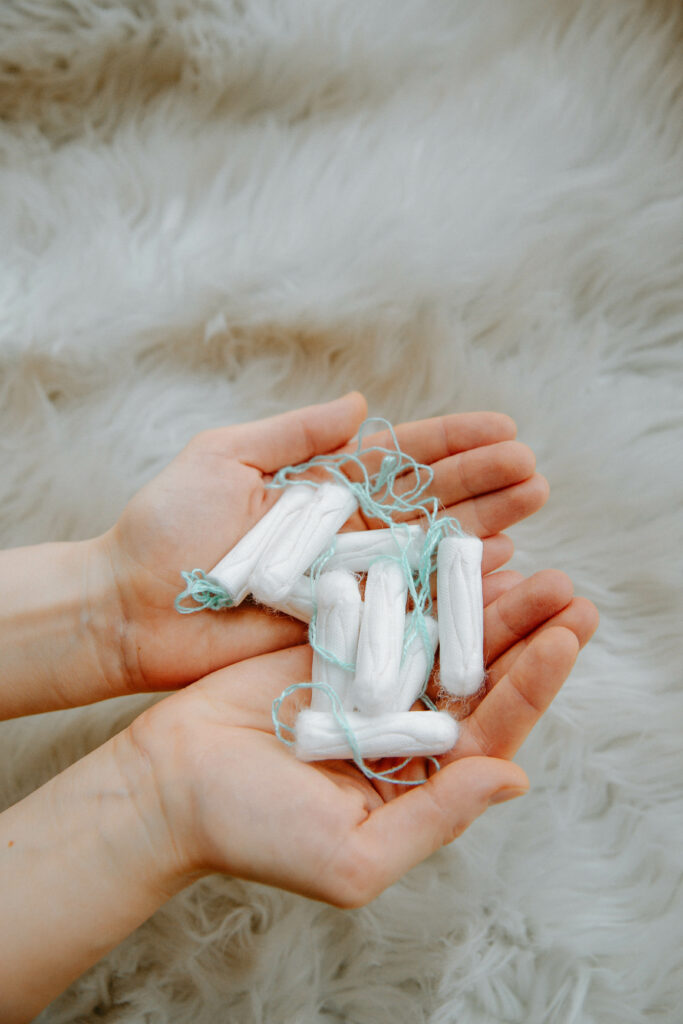 As mentioned earlier, certain cultures around the world require women to isolate during their period. In 2005, Nepal’s Supreme Court banned the practice of “chaupadi,” a Hindu tradition which sends women away to secluded huts, believing their touch can “contaminate” family members, crops, and even animals.4 It can still be seen in practice in isolated, remote villages.

As we jump further into the 2000s, we see a rather rapid-fire progression towards the recognisable Period Movement. In May of 2013, WASH United introduced and celebrated the first Menstrual Hygiene Day, brining attention to the issue of limited access to period products affecting menstruating people worldwide. The issue of period poverty has become a global talking point, as many girls in developing worlds, without regular access to products like tampons and pads, may miss school while on their periods. The pad brand Always surveyed 1,500 women and found that 1 in 4 have found themselves in an embarrassing public situation due to their period, with “no means of getting the necessary protection”.6 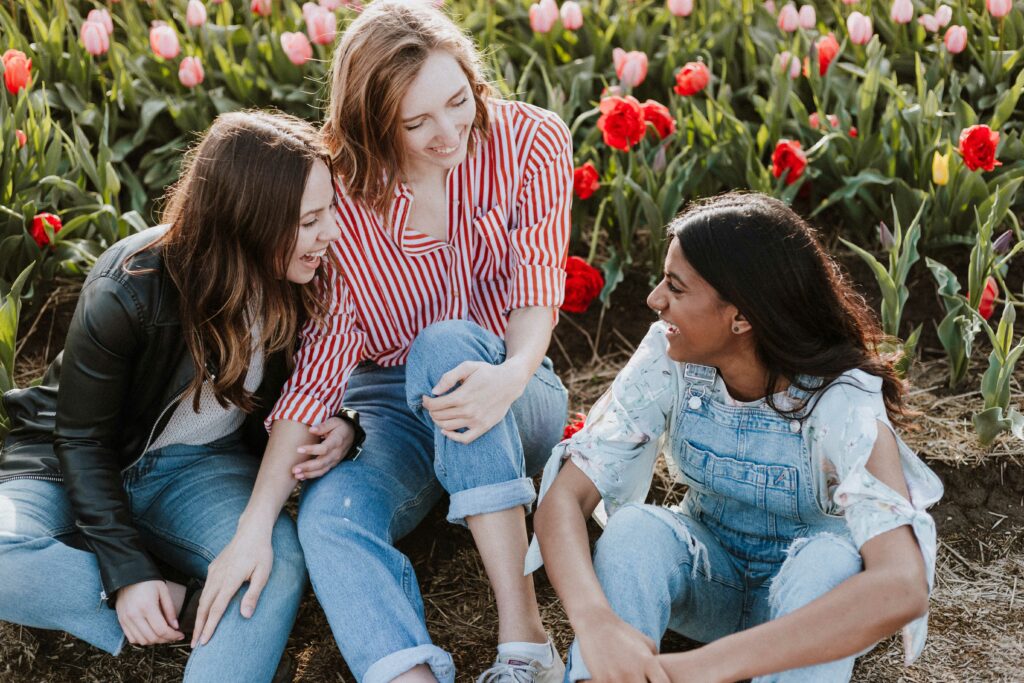 In 2014, the Dutch journalist Paula Kragten launched Period!, the first magazine devoted to periods. The content in Period! ranges from humorous tampon commercials to think-pieces about the pros and cons of introducing paid menstrual leave to the workplace, informative discussions on endometriosis, and articles discussing how different pharmaceuticals can affect your period.

The Year the Period went Public

Cosmopolitan called 2015 The Year the Period went Public. In this year, Los Angeles-based musician Kiran Gandhi ran the London Marathon while on her period, and opted not to use any hygiene products. She finished with a small blot of blood on her leggings, and commented at the end of the race, “The fact that we’ve been able to talk about periods openly is the biggest step in the revolution!”5 In 2015, Donald Trump lashed out against Megyn Kelly in an interview, saying, “You could see there was blood coming out of her eyes. Blood coming out of her wherever.” This sparked the Twitter hashtag #PeriodsAreNotAnInsult, even culminating in one artist fabricating a portrait of Trump using her own menstrual blood!7

In many countries around the world, period products are taxed as a “luxury good,” something which has boiled the non-menstrual blood of women for a long time. Laura Coryton began campaigning in the UK for this tax to be abolished, following the example of Canada, who repealed the tampon tax in 2015, Australia in 2019, and Germany in 2020.8

The tax was finally repealed as of January 2021. Ireland was the only EU country to not introduce a tampon tax upon joining the EU, as it did not have one previously.9 Today, sanitary towels, panty liners, and tampons all have a 0% VAT. However, menstrual cups, pants, and sponges are taxed at a “reduced rate” (13.5%)10. 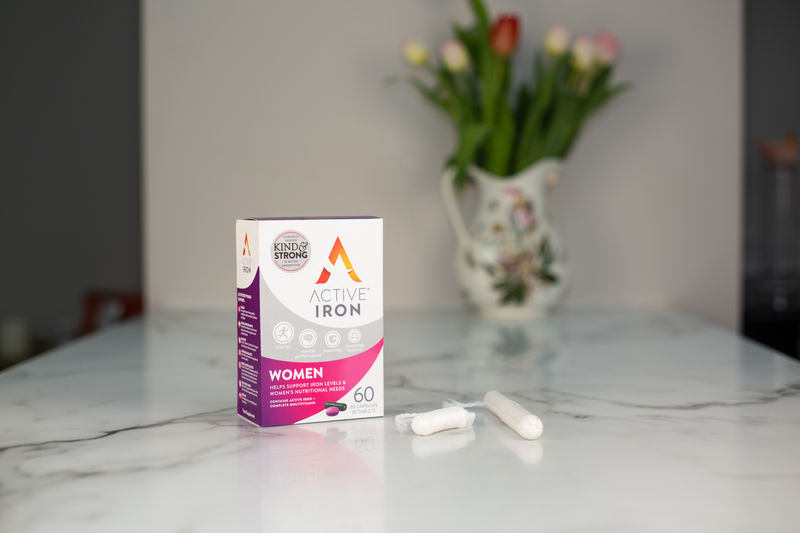 In 2017, the non-profit organisation Free Periods was formed in the UK, joining forces with the Red Box Project to push for the UK to comply with its own legal obligations to ensure equal access to education for all students. “If periods are a barrier to young people receiving that education,” they state on their website, “then it is clear that the government has to put in place measures to eradicate that.”11

From January 2020, every state-maintained school and college in England has been able to order free period products for their students. Similar schemes already existed in Scotland and Wales.

Periods during the Pandemic

When the pandemic struck in 2020, those with periods were faced with additional hardships. Says Dr. Rosamund Ebdon, Head of Policy for the humanitarian organisation Plan International, “In some cases, stigma and shame associated with menstruation is on the rise, as girls have no other option but to use unsafe alternatives and being confined to their homes, are no longer afforded privacy.”12

With sanitary products being harder to obtain, many girls stopped attending school, taking a progressive step backwards. As global supply chains became disrupted, the availability of period products also took a hit, which, in some cases, also resulted in inflated prices to meet demand. “Not only have prices increased, but with the pandemic significantly affecting livelihoods and household incomes, people have less money to buy sanitary products than before the COVID-19 pandemic began, even when products are available.” said Dr Ebdon.12

As we conclude our look at the change in public perception and acceptance of periods, we call to mind the 2022 announcement that Scotland will become the first country to make period products free for all.13 Scottish MPs unanimously approved the Period Products (Free Provision)(Scotland) bill in November 2020, which was introduced by Labour MSP Monica Lennon. “As the cost-of-living crisis takes hold,” she says, “the Period Products Act is a beacon of hope which shows what can be achieved when politicians come together for the good of the people we serve.” 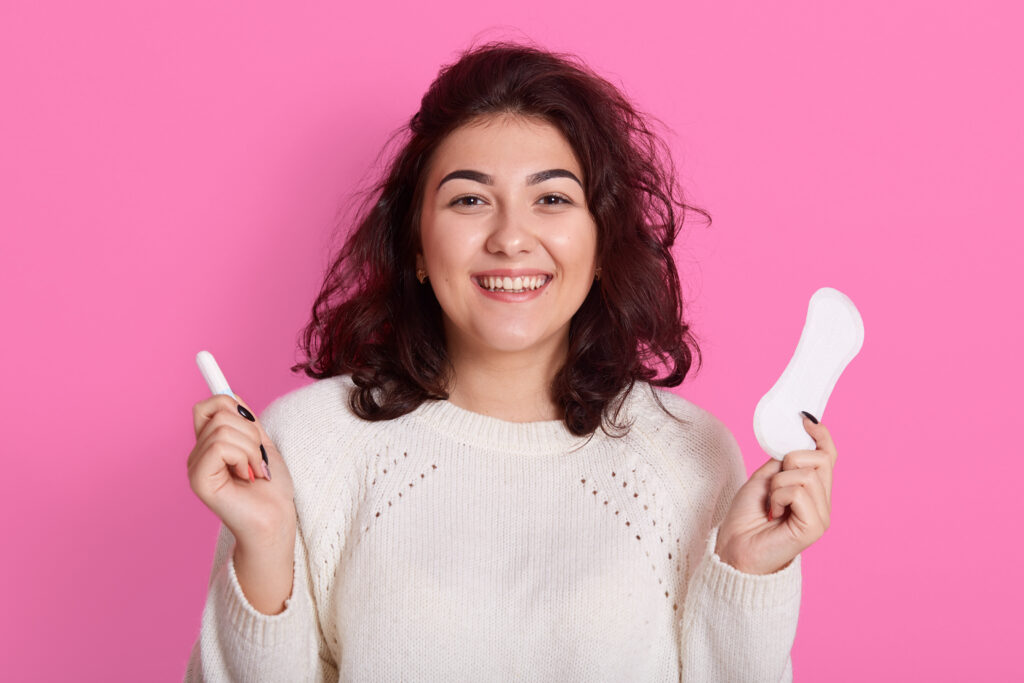 Women and those who menstruate are joining forces to end the taboo around a normal, everyday bodily function. Together, we will make bleeding ordinary…just as it should be.

This website uses cookies to improve your experience while you navigate through the website. Out of these, the cookies that are categorized as necessary are stored on your browser as they are essential for the working of basic functionalities of the website. We also use third-party cookies that help us analyze and understand how you use this website. These cookies will be stored in your browser only with your consent. You also have the option to opt-out of these cookies. But opting out of some of these cookies may affect your browsing experience.
SAVE & ACCEPT

Hello, looks like you're visiting us from the United States!