The pair claimed first place at the Hazewinkel regatta course in Belgium, finishing almost 10 seconds ahead of Great Britain.

Eolann Sheehan, Fermoy Rowing Club Captain, told The Avondhu that the pair’s successes on the water this season makes them “one of the most successful Junior pairs Fermoy has ever witnessed, if not the best”.

However, the journey to gold was not easy for Gill McGirr.

Gill is just sixteen and her grueling training schedule left her suffering from severe fatigue as she prepared to qualify for the competition.

Her mother Fiona said it was like “she had hit a wall”.

After speaking to a friend about her daughter’s symptoms Fiona realised her daughter may be suffering from iron deficiency.

She decided to try the next-generation iron supplement Active Iron, which is clinically proven to deliver twice the absorption rate of conventional iron tablets but with few (if any) of the nasty side effects.

“Within about two weeks, she was feeling much better,” Fiona explained.

“It wasn’t as if she woke up one morning and all her old energy was back. But she really started to improve, day-by-day, to the point where it solved her low-energy problems.

“I could see it myself, the training was going much better, she wasn’t getting these persistent sore-throats and flu-y symptoms, she just had a lot more bounce about her, and there were no side-effects,” she said. 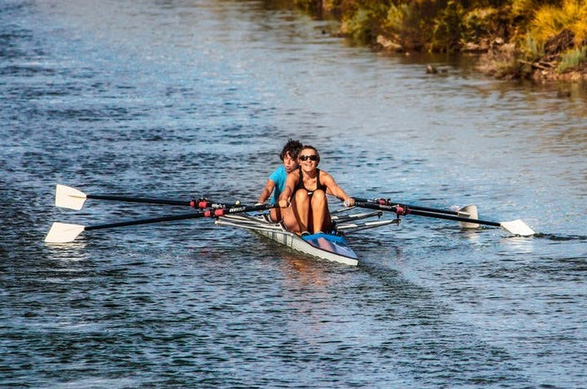 Gill herself believes that being aware of the importance of iron, and now taking Active Iron, has made a significant difference to her preparations for the European Championships.

“At the start of the year and for a while, I just had no energy, really,” says the 16-year-old rower.

“I was getting through training, just about, but afterwards, the recovery, getting ready to go again, was really tough.”

“I didn’t really know it could be because of a lack of iron, but taking iron has made a difference. My times are really good now, I don’t feel so tired, I feel like I’m in really good shape, eating and training well. I’m glad we did something about it.”

Active Iron out-performs other iron supplements on the market. In our trial 9 out of 10 experienced no side effects.

Over 2 billion people worldwide have an iron deficiency and most products on the market have poor absorption rates. Iron that isn’t absorbed causes problems such as nausea, diarrhoea, and constipation.