So, Are Women Getting Enough Iron From Food?

It is a worrying fact that Iron deficiency has reached epidemic levels in the UK. Almost half the girls aged 11 to 18, and more than a quarter of women aged 19 to 64 in the UK are not getting the minimum intakes of iron recommended for good health, the latest official figures published by the government has revealed (2016). The latest National Diet and Nutrition Survey show the number of women not hitting minimum recommended intakes has leapt by 17% since the previous survey in 2014 — while over the same period their consumption of iron-rich red meat fell by 13%. Figures for Ireland are worse, with only 1 in 5 women before during, and after pregnancy taking adequate iron in their diet.

So, what do we need iron for?

Well, Iron is essential for transporting oxygen around the body, so one of the first signs of iron deficiency is constant tiredness. Other clues that intakes are too low include lack of energy, shortness of breath, pale skin, and heart palpitations.

It’s not a surprise really that women and adolescent girls are at particular risk of iron deficiency and anemia because of blood loss during monthly menstruation. The need for iron among women also rises during pregnancy with anemia being quite common amongst pregnant women.

In addition, vegetarians and vegans are likely to be low as red meat is the best food source of iron. The haem iron in red meat is up to six times more bioavailable than the non-haem iron found in plant sources such as spinach. We will discuss haem iron a little later!

Exercise enthusiasts are another at-risk group. One in three female athletes has such low iron levels that they are at high risk of clinical anemia and three out of five — 60 percent — are ‘depleted’ in iron, which is the first stage in developing a deficiency.[1]

So, are there different types of iron?

Iron is known as an ‘essential’ mineral. This is not a reflection of its importance for health, although that is beyond doubt, because we cannot make iron and thus require a regular supply via our diet. It comes in two forms:

Haem iron, which is also known as organic iron, is found in meat and other animal proteins and is the most readily absorbed. Depending on the body’s needs— uptake increases when our levels are low and falls when we have adequate supplies — between 15% to 35% is taken up. Haem iron also enhances the bioavailability of non-haem iron from plant-based sources. Bioavailability is defined as the proportion of a substance that enters the circulation when introduced into the body and so is able to have an active effect. 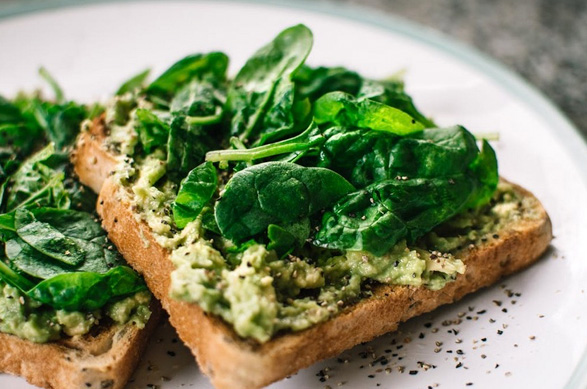 Can red meat or spinach solve the problem?

Unfortunately not. Even for those who like to eat red meat, the recommended upper intake of red meat per week is about 500g and this can only provide up to one-tenth of the weekly iron needs. You would need to eat 17 cups of raw spinach to get the same amount of iron as you can find in a single daily dose of Active Iron.

All sorts of dietary and physiological factors influence the amount of iron we absorb and uptakes vary. Our bodies also have a series of biological checks and balances which allow us to absorb more iron when our stores are low and we need it, and less when supplies are adequate and we could be at risk of overload.

Scientists at the Institute of Food Research, Norwich who examined the iron intakes of 495 men and 378 pre-menopausal women found their average daily iron intakes were 13.5mg and 9.8mg respectively.  But on average men absorbed only 8% of their intake and women absorbed 17%.

This underlined the women’s need for iron — the amount we can take up increases when stores are low —  but also shows how little iron both groups access with the men absorbing just 1.1mg iron and the women getting 1.7mg.

Phytates, which are found in beans, grains, and nuts have been shown to inhibit iron absorption by as much as 50 percent. Similarly, the tannin in tea and coffee is known to block absorption of non-haem iron, as do the polyphenols in some herbal teas, wine, chilli, cereals, and legumes.

Other minerals compete for the same metabolic pathways, so zinc and calcium can inhibit uptake. Recently scientists have identified a link between obesity and iron status and suspect that being overweight increases inflammation, which impairs iron absorption.

So, what’s the solution?

Clearly, an iron-rich diet is recommended but not everyone, for one reason or another, will absorb as much iron from their food intake as they need. Supplementation provides a simple solution, but it comes at a price many women are just not willing to pay. Why, because oral iron supplements are often poorly absorbed and three-quarters of women taking them will experience unpleasant gastrointestinal side effects of iron supplements including abdominal pain, nausea, constipation, diarrhea, and heartburn.

So, why is Active Iron different?

Active Iron has clinically proven x2 absorption of ferrous sulfate. It is also kind to you because it helps to protect the gut from inflammation.  Unlike standard ferrous sulfate iron tablets, it is also gentle enough to be taken on an empty stomach.

The Active Iron ground-breaking formulation uses a targeted protein delivery system to ensure the iron is released in the small intestine, where it is most readily absorbed, instead of the stomach where it causes an imbalance and triggers gastric side-effects.

We are so confident in Active Iron that we are delighted to offer a 30-Day Money-Back Guarantee when you buy a 30 Pack online with us. Buy here »